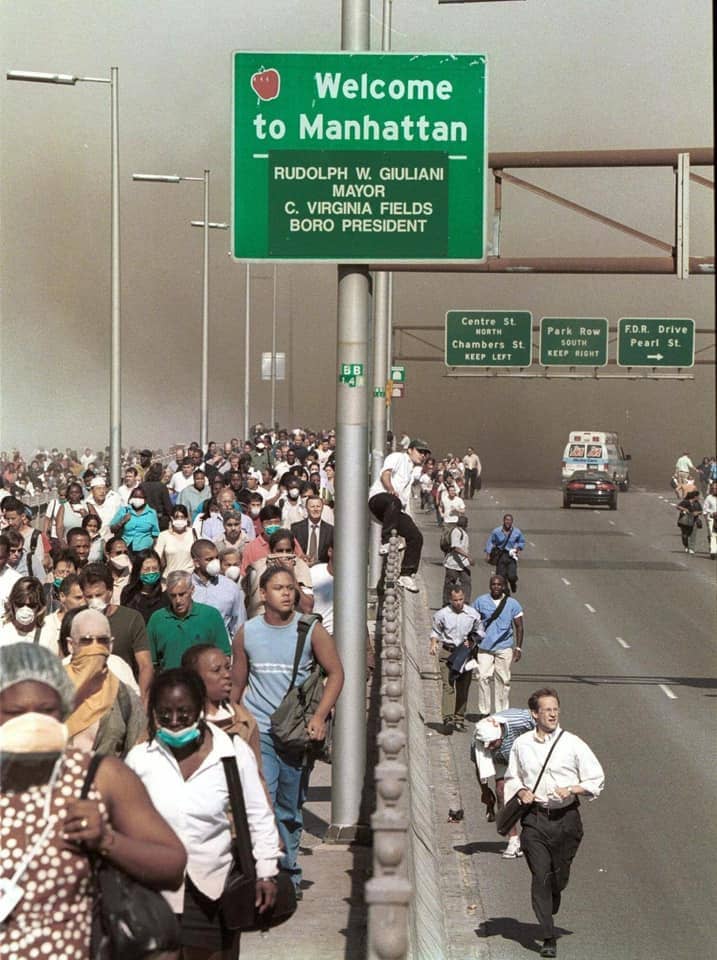 As an atheist, people sometimes ask me why I hate god. The answer is easy: I don’t. I can’t hate something that doesn’t exist, but I do hate the lunatics who torture, maim and kill in its many names.

Lunchtime in the Virgin Records offices where I worked was a surreal experience on 11th September 2001. Along with several colleagues, I sat and watched a horrifying drama on the office TV. Only it wasn’t a drama, it was the BBC news. And it was live.

Like New York, London is one of the world’s great cities; a city also vulnerable to terrorism. That afternoon I had to go into central London for a meeting at Tower Records. As I drove through the eerily quiet streets, I felt petrified. I needn’t have bothered with the meeting though as, like me, everyone else was in a state of shock. And anyway, discussing new music campaigns seemed churlish and almost disrespectful.

I didn’t go back to the office after my non-meeting, but went straight home instead. My flatmates and I stayed up and watched the rolling news until the early hours. We didn’t talk much that night, but I’m sure we all hoped to wake up the next morning and find out the previous day had been a collective bad dream. Sadly, it wasn’t.

My first child was due only three months after 9/11. I eventually crawled into bed at around 3 a.m on 12th September, but before I slept, tears of frustration and despair came. I couldn’t stop thinking about what sort of world he would soon be born into.

Eighteen years on, I still struggle to watch footage of that awful day. It was my “where were you when…” moment and my memories of watching those terrible events will stay with me forever. I also live hoping that one day, humanity will wake up. Wake up and realise that we only have ourselves to answer to and that there are no gods coming to save us from killing each other and the planet we live on.