There’s a “thing” doing the rounds on social media when someone asks you to “choose 10 albums that influenced your taste in music – one album per day for 10 consecutive days; no explanations, just album covers”.

A nomination is quite flattering as you can share with the world your own sublime choices, however, after the 70th request the appeal wanes and it gets a bit, well, shit. And, let’s face it, who REALLY wants to know that Karen from No.22 has based her entire adult life around the first time she heard Robson & Jerome’s profound debut.

So, as a music lover with unquestionable taste, I thought I’d add to the mountain of useless nonsense you’re bombarded with, by offering up my own wonderful choices. The difference is that I’m limiting it to 10 records I loved up to my 14th birthday year – 1977.

I was born into a family with parents who seldom put their heads above the MOR parapet. This wasn’t necessarily a bad thing, as I grew up surrounded by some of the greatest voices of all time plus melodies to die for. It’s no surprise to me that some of those MOR records from way back when are often trendily cool today. I had one major concern though: I was often surrounded by piles of James Last box-sets.

Surely, no one in their 20s or 30s should ever have wanted to own those records, let alone spend wads of their hard-earned cash going to see the multi-million selling bearded German schmaltzmeister several times a year. Shockingly, my parents did. It’s really not surprising their marriage ended in a bitter divorce – it was an easy-listening menage-a-trois in which old JL and his “non-stop parties” would be the only winner… 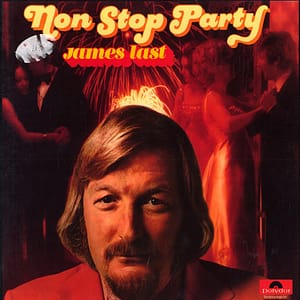 Teutonic swingers aside, extreme exposure to the dodgiest of record collections inevitably meant that some tracks would lodge themselves in my impressionable young brain. And so, here are 10 records that now elicit a powerful reaction in me; often melancholic and sometimes downright sad ones, but reactions nevertheless.

Apart from my weekly pocket money, until the end of the decade, I had very little disposable income and therefore Christmases and birthdays were the only times I got to pick which records I could physically own. This explains why only 4 of the 10 are MY albums – the other 6 are there possibly due to a weird form of musical Stockholm Syndrome.

What do you mean you’re dying to hear the playlist…