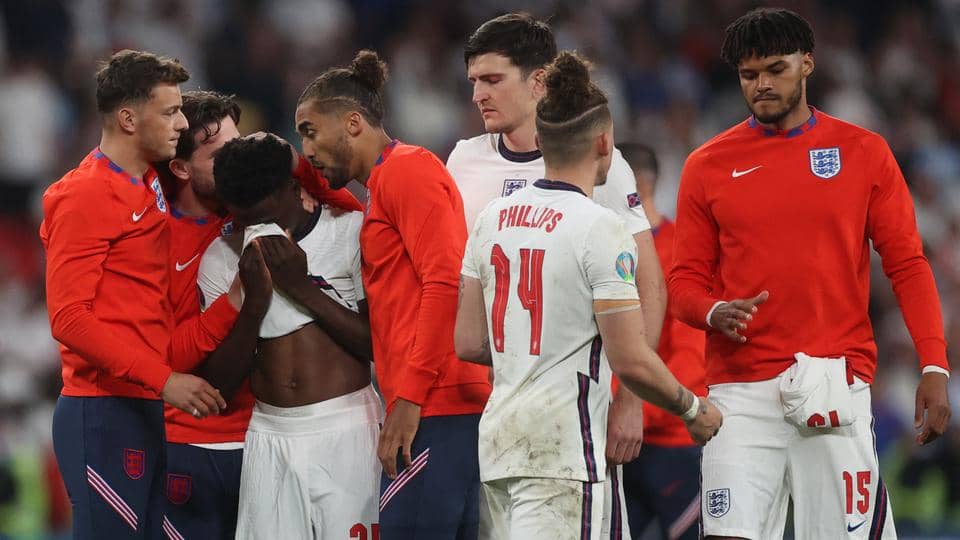 I cried after the final whistle blew tonight.

I didn’t cry because of the result (cos after what seems like 100 odd years I’m used to England being gallant losers), but because I saw an inconsolable Bukayo Saka being embraced by his family and friends, and I knew what was going to happen next.

Just in case you weren’t aware, Bukayo Saka is the young man who missed our last penalty.

He’s also the same age as my son who I would do anything to protect.

The relevant difference between them isn’t that he missed a penalty in the final of a football tournament.

And he’s being abused on social media BECAUSE he’s black.

And this abuse happens because racist cunts exist on Social Media.

And they’re allowed to exist because they aren’t challenged enough.

But yeah, let’s boo players for taking the knee to highlight racial injustice because… (insert your shit reason for booing it here).

And the FA will issue a statement condemning the racists.

And our shithouse government will issue a statement condemning the racists.

And society at large will say: “It’s not us, we have black friends so we CAN’T be racists.”

But society at large is full of enablers. And hypocrites. And cowards. None of whom will call out the racist cunts when they encounter them.

And if I do, maybe it’s time you did too.

For starters, below is a link to a petition which aims to change the way people are able to create Social Media accounts.